A small Solution fleet arrived in Bala ready for the Inlands. Many excuses abounded from hernias to sons getting married and the odd locust storm, so it was left to four eager sailors to fight it out over two days.

Saturday morning arrived to shiny flat lake and hot sun; somebody had turned the wind machine off! So after a lengthy postponement the racing finally got under way. Martin went left and everyone else went right; the left track proved to be the best, which gave Martin a good lead by the windward mark. The wind was a shifty 2 to 3, leaving 3 boats playing snakes and ladders. Peter got the better of Kathryn and Kevin to finish second with Kevin third and Kathryn bringing up the rear.

Race Two, saw Kevin wake up and fight with Martin for line honours. Nobody could quite understand how Kevin was going well in light airs (drugs test called for). Peter and Kathryn were swapping places for third and fourth, Kevin eventually running out the winner and again Kathryn bringing up the rear.

Race three saw Kevin take an early lead. With the rest wrestling with the shifty conditions, Peter and Martin pulled a small lead on Kathryn which was not to last: while going up the fetch, a wind shift and a hole saw Peter fall out to windward, letting Kathryn catch up. Going back up the run, Kathryn overhauled Peter and Martin to come second, Martin third and Peter fourth. Despite shifty winds, all the races were closely contested and only small margins between the boats.

Day two started much the same as Saturday: shiny lake, sun and no wind, so after many coffees and a postponement, racing got under way to a steady force 2 – 3. Martin, getting off to a good start, showed everyone a clean pair of heels. Peter tried to force his way in at the start, which saw him have to do penalty turns from which he never recovered, holding onto fourth quite convincingly. Kathryn and Kevin were squabbling over second and third, which eventually saw Kathryn beat Kevin into third.

Race 5 saw Peter hot out of the blocks to take an early lead, with Kevin second and Kathryn and Martin a little behind. The wind slowly built to a three to four and as the wind raised, Kevin got closer to Peter leg by leg. Kathryn kept Martin behind for the whole race, leaving Peter and Kevin to fight it out. By the final leg Kevin was only two boat lengths behind Peter, but Peter did enough to take his first Solution win and keep Kevin in second. Many comments about cherries ensued most cannot be written here!

Race six saw the wind build to a good four with white caps all over the lake. With such close racing and everyone trying out all the positions it was anybody’s chance to win the weekend and take the Solution fish home. Kevin got a clean start and built an early lead, never to be troubled through the race. Martin and Peter struggled to do anything about Kevin’s lead, so fought over second and third, with Martin winning out. Kathryn came in fourth showing her dislike of windy conditions.

With Bala serving up a good weekend’s racing and fantastic scenery, everyone went home tired and happy. With only seven points separating first to fourth, it was a very well contested championship, so thanks must go to Bala SC for a great weekend, and we will look forward to returning again. 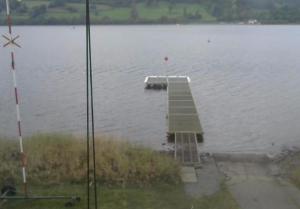 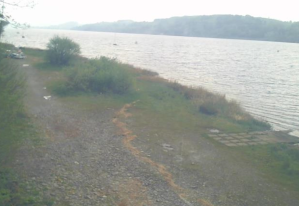 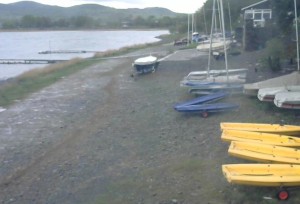 LAKEVIEW CAFE
New for 2019. Set within Bala Sailing Club. Open to visitors now. Offering a great range of meals to the public and to members. Click here for more info > 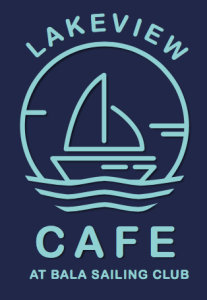